The Village Hall Management Committee is very sorry to say that the Hall will have to close again for the England-wide covid ‘lockdown’ from Thursday 5 November to Wednesday 2 December.

We were pleased and proud to have made the Hall a covid-safe environment for users and hirers since August, but once again events have overtaken us and we now have to comply with government requirements to close the Hall to all users.

Thank you to all those who have fully and willingly complied with our covid guidelines to help make our Hall a safe place to meet in the last few months.

The Hall has just been given a major ‘makeover’, for which we have the three Dillon-Thiselton decorator brothers to thank.  So, when we come out of lockdown and are able to re-open the Hall, we will once again ensure that the Hall will be safe for users and hirers to enjoy the newly re-decorated space.

We look forward to welcoming you back to our Village Hall in the new year, as soon as government guidelines allow us to re-open.

Please check with the Booking Secretary at admin@lurgashallvillagehall.org if you are considering organising an event at the Hall in 2021.

Thank you again for your understanding and support.

For the last couple of months our Village Hall has been undergoing a ‘makeover’ at the very skilled hands of decorators Martin, Francis and Colin Dillon-Thiselton.

Inside and out, the hall is now gleaming!

During the work, pilates classes and other meetings were able to be held in the hall as usual, and we are very grateful to the Dillon-Thiselton brothers for accommodating our users and hirers so well.  Thanks, too, go to caretaker Anna Wilson for ensuring that all covid-related precautions and cleaning requirements were taken care of so that the hall was spotless and as covid-safe as possible for each event.

Sadly, just as the work came to a successful end, the government announced another covid lockdown, for the month of November, and so the hall will have to close again.

Who knows when we will be able to resume activities at the hall..? But we look forward to welcoming our community back to the hall as soon as we hear that it is safe to do so. 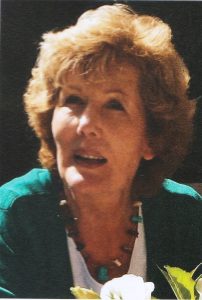 We were looking forward to welcoming you all back to our monthly Film Nights, starting in October; but due to the recent changes in the coronavirus situation, and now the November ‘lockdown’, we feel it is wise to postpone Film Nights for the time being.

Until we can all get together again for an engrossing film, a good chat and an interval ice cream, we would like to invite Lurgashall residents to borrow any of the DVDs or  Blu-rays of films we have shown, or were about to show, to watch at home.

Events are gradually returning to the Hall although it may be many months before it can be ‘business as usual’.

Monday evening Pilates classes have returned successfully and local organisations are once again holding their meetings in the Hall.

All events operate under the Hall’s Covid-secure guidelines.  Socialising is controlled by adherence to social distancing and the wearing of facemasks, except when exercising, eating or drinking.

The new ‘rule of six’ has caused general public confusion, but for community buildings such as ours, it only limits the number of people attending in a single bubble; it does not affect the total Covid-secure numbers taking part in an event.  These are currently:  18 people seated banquet style; 25 people seated theatre style; 30 people standing.

The Trustees are grateful to those hirers and event organisers who are prepared to work with us to bring activities back into the Village Hall.  These are comments from two recent organisers:

‘…we felt very safe and there was plenty of space for the attendees, with social distancing….’

‘…the floor markings worked really well; we were all able to           comfortably fit with the appropriate distance around us…’

More Good News:  The Hall is currently undergoing a makeover.  Thiselton Decorators are busy repairing and re-painting the exterior of the Hall; they will then move inside and complete the programme of full re-decoration.

The Village Hall has taken part in Macmillan’s ‘Biggest Coffee Morning’ for many years (usually with tea!).  This year will have to be a bit different whilst Covid-19 rules apply.

Please bake some cakes, share the bounty from your garden or allotment and bring along your marmalade, chutneys and jams.  Then treat yourself to the fruits of someone else’s labours!

If you are unable to come to the Cake & Produce Sale, there will be a Macmillan collection box in the Village Shop from 21–25 September for your donation.  Thank you.

ALL IN SUPPORT OF MACMILLAN

After a summer break – and now that the Village Hall is once again open for business (with all necessary covid-related precautions) – we are looking forward to welcoming you all back to our monthly Film Nights, starting on Wednesday 7th October.

We will kick off the return of Film Night with The Good Liar – postponed from April when we all went into lockdown.

Adapted by Jeffrey Hatcher from a novel by Nicholas Searle, The Good Liar is at its sparky best when stars Helen Mirren and Ian McKellen are on screen, waltzing smoothly through a plot that feels like a Russian doll of deeper and deeper deceptions.

More about the plot in next month’s issue, but meanwhile, please put 7th October in your diaries.

Note:  Seating will be spaced to observe the 2m distancing rule.  There will be hand sanitiser to use on entry.  We request that face coverings are worn.  Most importantly, please do NOT attend if you are anyone you know has symptoms of the virus.

The Village Hall is open for business (as at 19 August) …

…but only for those activities currently permitted by Government – and even those will need to follow strict social distancing & hygiene guidelines.

All this will become clearer as the weeks go by, but it is a rapidly changing landscape so please check with the Booking Secretary at admin@lurgashallvillagehall.org if you are considering organising an event at the Hall.

The re-opening story so far….

The Village Hall Management Committee has taken all steps necessary to ensure that the Hall is as Covid-19 safe as possible and it will continue to be maintained to a very high standard.

From the outset, hirers and users will have new responsibilities too.  These are set out in a Covid-related Addendum to our standard Terms & Conditions.

As Trustees, the Village Hall Management Committee has the right to approve those events which meet all Government rules and the Hall’s Covid-19 safety criteria – and to decline those which do not.

To sum up….  Lurgashall Village Hall is open for business – but it’s not quite ‘business as usual’ yet.

The  Village Hall ANNUAL GENERAL MEETING for 2020 will take place via ZOOM – a video meetings’ platform – on:

To take part in the meeting, email admin@lurgashallvillagehall.org  as soon as you can prior the date and time of the meeting. Copies of all the relevant papers will then be sent to you.  Finally, you will receive an email ‘invitation’ which will enable you to join the meeting.

The AGM is an important public opportunity to look back on the Village Hall year and to present the independently examined financial statements. The year under review started with the successful construction of the annexe, but by the close we were all facing the challenges of Covid-19.

This has been a very significant year in the Hall’s history, so please join us for this on-line AGM.  Latest news on this meeting and the Hall’s status will be published on this website.

Winter 1968 and showbiz legend Judy Garland arrives in Swinging London to perform a five-week sold-out run at The Talk of the Town. It is 30 years since she shot to global stardom in The Wizard of Oz, but if her voice has weakened, its dramatic intensity has only grown. As she prepares for the show, battles with management, charms musicians and reminisces with friends and adoring fans, her wit and warmth shine through.

Featuring some of her best-known songs, the film celebrates the voice, the capacity for love, and the sheer pizzazz of “the world’s greatest entertainer.”

And in the pipeline…‘Sometimes, Always, Never’; ‘Little Women’;

‘The Personal History of David Copperfield’